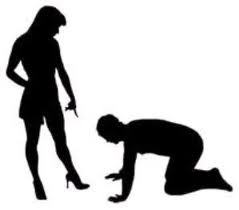 This is an exercise in satire and gender-bollocks in the form of ‘frog boiling’ by slow degrees of seemingly relatively sane propositions, building to an irrational whole. I was curious how easy it might be to make a lunatic case using the kind of nonsense I have run into reading blogs and papers on Gender Studies issues and this is the result. References are intentionally as poor or comedic as I have run across in serious works and while there’s some truths or half-truths presented here, it’s intended as an exercise in bullshitting.

Trigger Warning: This paper is concerned with heteronormative intercourse between cisgender individuals. Same-sex and trans intercourse is beyond the scope of this work.

There is a somewhat common conception that normative, heterosexual intercourse is necessarily an imposition on the woman and a matter of oppression.

Whether this comes from Dworkin’s ‘Violation is a synonym for intercourse'[1] or Lady Hillington’s ‘Lie back and think of England'[2] it seems that the two sides of the political spectrum, left and right, both agree that sex is an horrible ordeal and an unwanted imposition. While Dworkin’s words are often claimed to be misrepresented, at least some modern feminists agree with her radical statement, making this a subject worth investigating.[3]

While unwanted or duty-oriented sex may indeed be a momentary imposition oppression is defined as ‘prolonged cruel or unjust treatment or exercise of authority‘[4] which would require a much broader context than the mere act itself.

In this instance I argue that there is a much stronger case to be made that the act of sexual congress is an imposition and oppressive societal act upon men.

The oppression inherent in the pursuit and act of intercourse begins long before things might reach the bedroom. Men are expected to take all the risks and to make all the outlay.

Men are still expected to make the first move in approaching a potential partner[5].

Even in long term relationships men are expected to initiate the sex act[6].

The requirement for men to perform well (bring their partner to orgasm) and its precedence over other laudable qualities as a mate is a broadly accepted societal ‘meme’ or ‘trope’, even celebrated in pop culture[7].

It is not a stretch to consider this cruel, prolonged (lifelong) and an exercising of authority, as affirmative consent always lays with the woman, backed up by the power of the state[10].

Should the man approach a potential partner successfully and initiate intercourse without rejection, his ordeal is not over because his pleasure and needs are almost entirely incidental to to act of physical love.

Male pleasure is devalued during intercourse via a combination of physical, social and relational impositions.

The goal is almost never the male orgasm and this is reflected in media depictions which linger upon the cries and wild physical motions of a woman in the throes of ecstasy but which barely depict men’s pleasure, let alone ejaculation.

Even in pornography, a supposed misogynistic haven, whether acted or not the actors – and thus via transference the viewer – establish their virility and sexual worth by bringing their partners to (fake or genuine) orgasm.

However safe one tries to be, sex can have consequences. The most consequential of these possible consequences is, of course, pregnancy and here again the oppressive tendency against men continues.

In the case of unexpected or unwanted pregnancy women have plenty of reproductive rights and options, across the western world. These run from abortions to adoptions to safe-haven abandonment laws[15].

In stark contrast men have absolutely no reproductive rights, whatsoever. They are held accountable for any offspring resulting from intercourse regardless of their wishes and even, in some cases, when their own sexual consent has been violated[16].

From initiation to conclusion and consequences, sex is an oppressive act against men. They are expected to expose themselves to rejection, dejection, loss of status, loss of partner, pain and harm in pursuing it. The cost of pursuit primarily falls upon them. During sex the man’s pleasure and comfort is deprecated in comparison to that of the woman – whose pleasure is paramount and not incidental. Should the sex result in an unwanted child the man has zero recourse and can be forced into indentured servitude in service of his sex partner and their child until the child achieves maturity. At every stage this is enforced by both social convention and the state and, given the innate physical nature of sexual performance differences between the genders it is hard not to see this oppression as gendered.