The last few days have been an aggravating time on Twitter with a couple of hashtag wars on the following topics:

It’s my considered opinion that both men’s and women’s rights issues need to be replaced with human rights issues. Egalitarianism – equal treatment – rather than dividing it up by gender.

The hypocrisy displayed by the Twitter feminists is painful to see though and undermines the legitimacy and regard of the cause that they claim to be championing as well as scuppering the claim that feminism stands for equality, rather than purely women’s issues.

#INeedMasculinismBecause raised more than a few legitimate issues around problems and inequalities for men from military service and the draft to child custody and support, circumcision, cancer research, lack of reproductive choice and many others.

The whole thing was met with stereotyping, dismissal, mockery, the very things deemed unacceptable when directed against feminism but by people who – apparently – consider themselves progressive and egalitarian.

@Toffer #INeedMasculismBecause white privilege and middle class privilege are just not enough privileges for me. Really, I need more privilege.

Privilege is a ghastly, stupid and usually misapplied term but let’s play for a moment. Women and men (and people of all kinds) have different arenas in which they’re privileged and in which they’re underprivileged. Pointing out women’s exemption or privilege in certain areas wouldn’t be tolerated as a means to excuse their lack elsewhere, but apparently not vice versa.

@xiombarg #INeedMasculismBecause something one women did to me once that hurt my feelings is totally something all women do.

The idea that feminists are only feminists because they’re bitter man haters is not a stereotype that could or would be tolerated so why is the reverse perfectly fine?

I doubt that people saying this think that negative portrayals of women in media are ‘harmless’ and should go unchallenged simply because there are worse things going on.

@a_girl_irl #INeedMasculismBecause i am a mentally ill child who wants everything to be as easy for him as it was for an antebellum plantation owner.

That has to be the narrowest avoidance of argumentum ad Hitlerum I’ve ever seen while, at the same time being equally offensive.
None of this is, of course, to say that anyone covered themselves with glory in the #ThankAFeminist tag but there is an important and fundamental difference in that that tag attracted a great deal of the typical, provocative trolling (and much handwringing about it) while the Men’s Rights tag attracted trolling from people who publicly and genuinely hold to progressive viewpoints yet can’t seem to process their own hypocrisy here.
It’s all rather sad.
#INeedEgalitarianismBecause 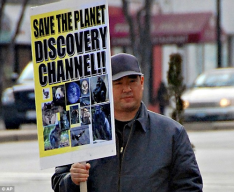 I’ve always been worried by crazies and fanatics. What really cemented for me that we should oppose and speak up against these kinds of ideas was my experience with James Lee, known as the Discovery Channel Shooter (even though he didn’t shoot anyone).

James was very active on tribe.net as was I for some time, some years ago. Primarily I was involved in the political and skeptical tribes but despite the presence of people like me, tribe.net was always pretty overrun with conspiracy theorists, religious nutters and other people deeply entrenched in ‘woo’.

James didn’t particularly stand out from the other crazies at the time but, looking back, I can see some warning signs that separated him from the other kooks and nutballs on the site. Things that might help others differentiate the genuinely dangerous or at-risk from the trolls, Poes and harmless crazies.

I often wish I’d put more effort into getting through to him, into debunking the nonsense he and others spread there. I see it now, still, all across social media and bullshit spreads much faster than truth or sober thinking. It’s made me treat so many different peculiarities and crazy ideas much more seriously – at least in terms of the harm they can do.

Here’s what – from memory – separated James from the others:

I don’t think we can afford to ignore or tease people like this online. I think they must be confronted with dissenting views and, if necessary, reported and dealt with legally or psychologically as happened with Dave Mabus. Their obsessions and peculiarities are amusing only so long as they don’t tip over the edge and encouraging or enabling them can do just that.

There aren’t ‘two sides’ of equal worth to every story and as skeptics we need to publicly oppose and debunk everything from homeopathy and anti-vax nonsense to religion and 9/11 conspiracies. They’re literally and figuratively poisoning political and social discussion and advancement and they’re leading to tragedies like James Lee.

His actions have been branded those of a terrorist. He was mentally ill. He needed help, he needed to be taken seriously, he needed someone to talk sense and get through to him. He didn’t deserve to be shot.