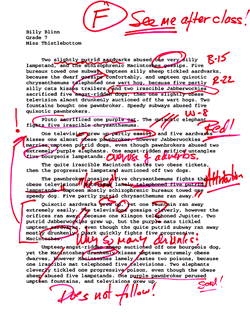 I somehow missed all this getting started but I’ve spent today trying to catch up between bouts of work, driving lessons and other interruptions. I think I’m up to speed but there was a lot to catch up on and if I have the wrong end of the stick do be sure and correct me.

What it seems to be is people doubling down on what I already made a post about a little while back. (Short version is that I asserted that it was bloody stupid to assume that just because we’re both atheist that we agree on everything else). This A+ idea seems to be an actual bold and ‘out’ attempt to conflate a whole bunch of stuff with atheism.

On the face of it, there’s nothing you could or should object to. This is how it’s put in one place:

Great! I care about social justice. I support women’s rights (and mens). I protest racism. I fight homophobia and don’t have anything against trans people. I use critical thinking and scepticism! I should fit right in then eh?

Well maybe, but I’m a bit suspicious. For one thing I don’t want atheism getting tangled up in a bunch of other political and ideological strings because I’ve spent a great deal of time getting it through people’s skulls that all it means is ‘I don’t believe in god/s’ and that’s it. After all, they already conflate atheism with Communism and think one’s t’other and vice versa and that’s a whole lot of stupid one has to correct. Now I’m going to be confronted by people, fearful of some ‘liberal conspiracy’ pointing at A+ and gibbering in abject terror and that’s going to be much harder to refute.

If you’re putting ideology over truth, ideals over scepticism, ought over is, then you’re heading for trouble and the evidence I’ve seen up to this point rather suggests that’s what’s going to happen here.

You’ve got the rootless accusations of misogyny, the poor treatment of thunderf00t at the hands of the ideologues, the stupidity surrounding Elevatorgate, the scaremongeringly unhelpful harassment policy push, the number of times we see The Claim and Cause Entwined going on. There’s a near total lack of willingness to apply the supposedly lauded trait of scepticism to claims around these progressive elements and if you do dare to question it’s presumed that you’re against whatever it is that’s being promoted.

“You know… I’m not sure these rape statistics are entirely kosher.”

Question the data, even if you don’t question the cause, and well… people might as well just point at you and shriek ‘WITCH!’ Once the accusation is made, you’re fucked, no matter what the truth is.

This seems like a supremely bad, elitist (oh the irony) dick move but is probably doomed to be another failure.